WISEArchive was at the Norfolk Pension Fund’s retired members’ forum at Great Yarmouth Racecourse and The Space, Norwich on 13th, 15th and 16th May. A feature this year was our presentation featuring the voices of several of our contributors, some of whom were present and were delighted to hear their voices. 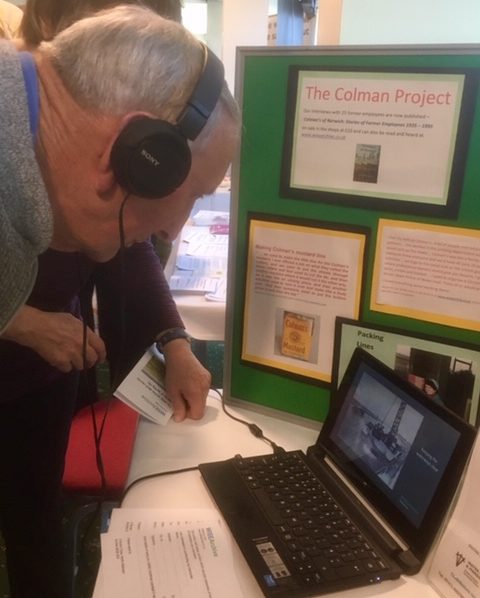 Volunteers from WISEArchive attended the charity event held on the Saturday at Rockland.  It was a beautiful sunny day, not too hot and with a pleasant breeze, a relief after some very hot days!  We were delighted with the level of interest displayed by the locals in our current project ‘Living and working in the marshes’ and enjoyed listening as they shared their many and varied memories.   We hope to record some of the stories in the near future. 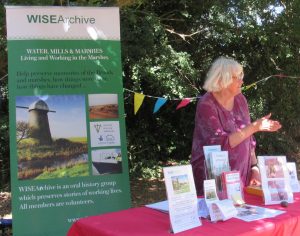 In June some of us visited Mutton’s Mill on Halvergate Marshes. Owners David and Paul welcomed us and gave us a tour of the mill. We recorded their stories in 2017, and they can be found in the Norfolk Marshes section of the website. Thank you David and Paul. 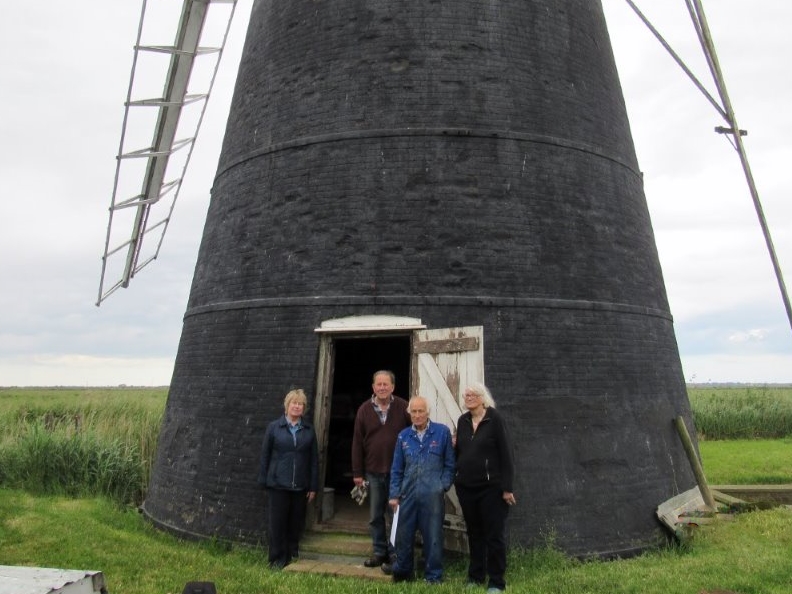 Distinguished sociolinguist and dialect specialist Professor Peter Trudgill came along to WISEArchive’s monthly get-together on 13th July. He had read and listened to our stories with interest and gave us lively feedback about our work. It was inspiring for our hard-working volunteers to talk with such an enthusiast about our local dialect(s) and the people whose stories we have the pleasure of recording. Thank you for an inspiring morning, Peter. 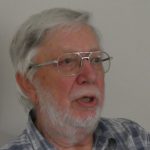 The National Archive has just published its report for accessions in 2016 and we are delighted to be mentioned first in the Highlights section. The report included two analyses of particular interest to us i.e. a count of the use of the words ‘his’ and ‘her’ across 12 regions, and a look at content which was relevant to everyday life. In both areas WISEArchive would have scored well.  Here is a link to the report:   www.nationalarchives.gov.uk/documents/accessions-to-uk-repositories-2016.pdf.

We’re in the news! The Eastern Daily Press published an interview by Daniel Bardsley with WISEArchive on Saturday 20th January 2018. We had the opportunity to talk about our Water, Mills & Marshes plans and our other projects. You can find the article at  www.edp24.co.uk/.

By the way, we’d love to hear stories from more “marshwomen” to add to our collection. 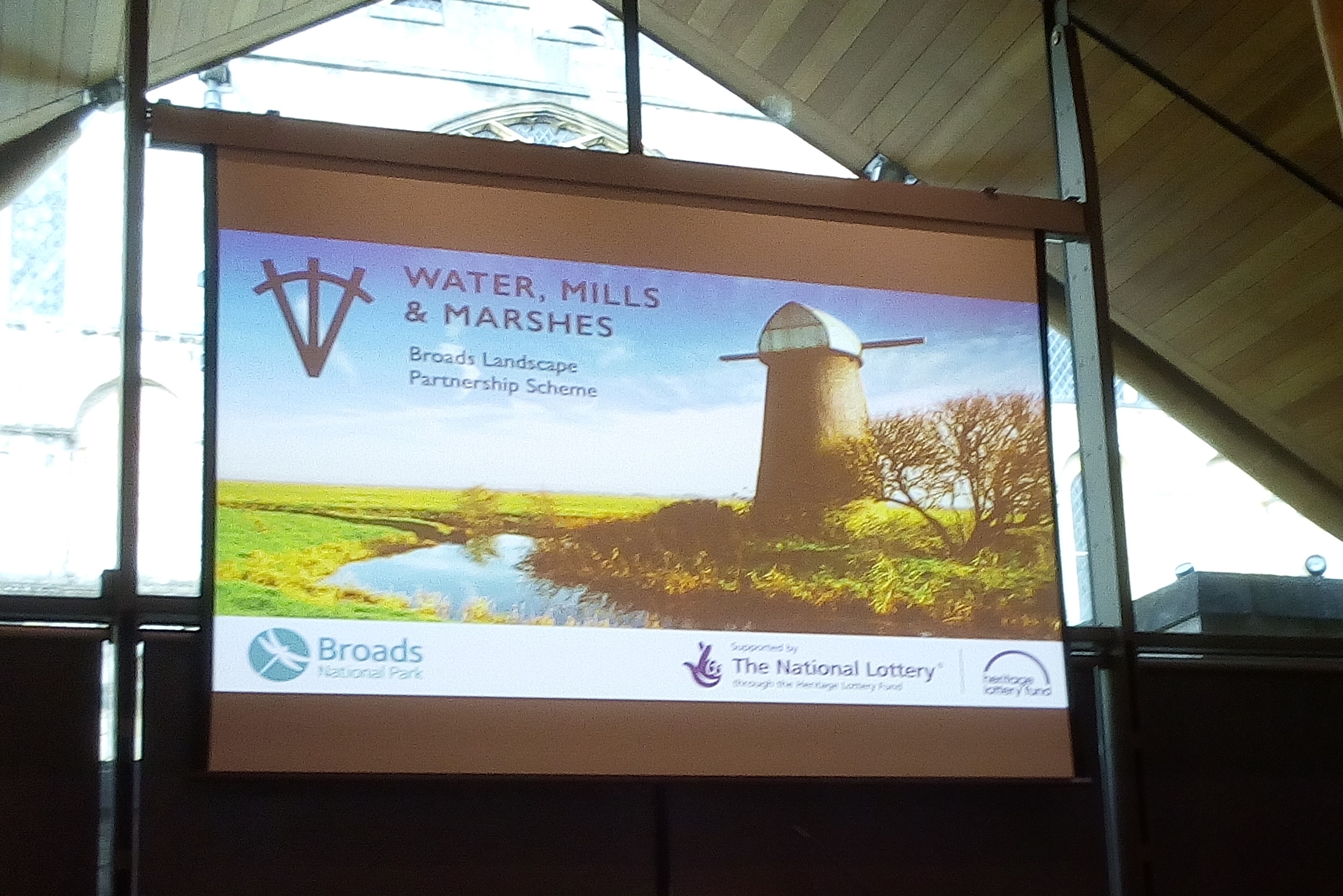 Living and Working in the Marshes

WISEArchive is participating in the Water, Mills & Marshes project coordinated by the Broads Landscape Partnership Scheme which was launched in the Norwich Cathedral Hostry on 17th January 2018. We are recording stories from people who have worked in or around the marshes in Norfolk including the Broads and rivers. We would also like to hear from people who grew up in and around the marshes.

For more about the project:   water, mills and marshes.org.uk

During the Heritage Open Days we were invited to talk to people visiting the old Ponds shoeshop and factory on Castle Meadow, Norwich. (Now The Missing Kind.) Visitors were given a tour of the cellars containing Elizabethan houses and tunnel entrances leading to Norwich Castle. We met members of the Pond families and others with memories of the shoe trade in Norwich. If you worked for Ponds, let us know all about it.

ecording the stories of former Colman employees we collected many interesting stories about this internationally known Norwich business – now owned by Unilever – the earliest being the tale of a young teenager who worked there in 1935.  The stories have been posted in the Colman’s section and the book entitled Colman’s of Norwich: Stories of Former Employees 1935-1995 is available in local bookshops or directly from us.

We participated again at the annual Norfolk County Pension Fund forum held at the Airport Holiday Inn Hotel, Norwich and at Great Yarmouth Racecourse. We heard fascinating tales from many pensioners we met there, and many of them are on the website. It was gratifying for us that several people who have already contributed to the archive came up to chat.

Have a look in the Norfolk Crafts archive to learn about people whose lives have been enriched by their interest in crafts such as weaving and spinning. Find out what to do when someone offers you a fleece, and how an interest can become a business.

Find the stories of residents of Doughty’s Hospital in Norwich in the archive under Doughty’s. Residents have told us about their working lives in nursing, alternative therapies, shoe factories, shops and many more. Thanks are due to Comic Relief for funding this project.

Residents of Corton House in Norwich told us their stories. You will find them in the Corton House section. Thanks are due to Comic Relief and the Norfolk Community Foundation for their support to the project.

Our project with the Norfolk County Council Youth Social Action Fund to help young people from Magdalen Gates school interview older people in the community about their working lives was highly successful. Go to the Archive to see photos from the project.