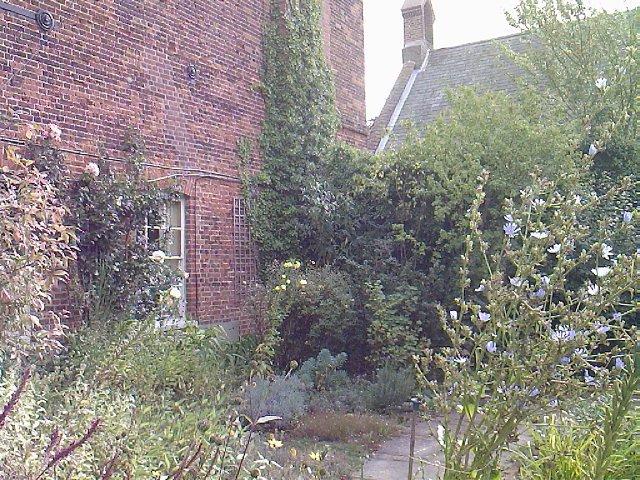 From 1947 to 1951 approximately I worked at Beech House, Gressenhall, sometimes called The Workhouse, and lived on the site at Cherry Tree Cottage. I was 31 in 1947 and was employed as Assistant Engineer and Labour Master. My wife, Mrs N C was Laundry Supervisor.

As Engineer I looked after the boilers and any machinery. As Labour Master I assigned people (the men of the road) to their tasks for the day, which was in return for their meal, bath, bed for the night.

I was supervised by M. I never knew his first name as he was always called by his nickname – he was the Engineer.

I worked all daylight hours, and was on call for the rest of the 24 hours in case of major breakdowns. My wife in the laundry worked from 8am until all the laundry was completed, which was normally between 17 and 1800 hours.

The laundry had three large washing machines that were driven by belts from a drive shaft that went the length of the laundry, which in turn was driven by steam from the boiler room, and were loaded by a male employee who added all the soap powders, after it had been sorted by the staff. There was also an early version of industrial spin dryers that were electrically driven and were loaded by hand, and the clothes put round the drum, not put in the middle as this caused the drum to be off-centre when switched on and it wobbled causing damage and was dangerous. The clothes were transported between the washer and driers in trolleys. The spin driers did not actually dry the clothes; they came out damp and had to be hung up to dry on lines. After they were dry certain items had to be ironed. All the staff had their laundry done there and that was always ironed. When the weather was bad pulleys were used for the washing to dry indoors.

There were over 20 people worked in the laundry. Some full time employees and some of the residents. My wife being the supervisor.

As well as staff and residents some of the tramps did menial tasks if they were able.

For work I had a serge jacket and trousers, which were supplied, and had overalls for working in. I ate my meals at home in Cherry Tree Cottage.

The Master (A W) was addressed as Master when any other people were around. But his wife was the Matron and was always addressed as such. The residents were known by their names and the tramps (men of the road) by the name they gave you, or what they thought they were called.

Things I remember include the smell of damp, and the steam smell of washing, the noise of the drive belts for the washing machines, as they were joined by big steel staples which clicked as they went over the drive wheels. People communicating as they shouted above the noise of the machines.

At one time the wall of the wards in the Men and Women’s Infirmary started to bulge between the wards and the stables, and eventually collapsed and had to be rebuilt. No-one was hurt.

One thing that happened every day was that the cook put the cabbage and vegetable water into tins which were placed on the window ledge outside, and the old men of the road would drink it and looked forward to having it. The tins were recycled jam tins (catering size).

I enjoyed it when every so often a concert party arrived and put on a show for the residents and staff. At Christmas we had a party. There was nothing to dislike about working there really – the job gave my wife and me a living, with a house and room to bring up our children. I only left in 1951 to take up a promotion at Eastgate House as Engineer, with more money.

View all posts by →
How working at Beech House led to a new career
Cowslips, Primroses and Bundles of Roses