After leaving school Edgar went to work for the family business which was farming and knackering, he worked all over East Anglia.

I started working when I was fourteen and a half straight from secondary school, with my father in the family business which is farming and knackering. I got to work all over East Anglia, and definitely the Broads, because his business was from Great Yarmouth, Halvergate, all the way up to Mundesley and down as far as Southwold and back inland to Diss. We used to cover that area collecting fallen stock off farms. We also farmed a hundred acre farm as a family unit and for the best part of 30 years.

We met loads of different characters on the Broads. The marshmen were unique. When I can first recollect, there were 30 marshmen, now there’s only three or four left to cover the whole area. They were characters unto themselves, very self-sufficient people who used to make a living stock-keeping in the summer and doing the ditches and reedcutting in the winters – so they had a very hard life. We had a very interesting life going from farm to farm, meeting loads of characters, all shapes and sizes. I can’t say there’s one of them I didn’t like, we were doing a service and they appreciated what we did.

The family business went on, but then we had the dreaded BSE disease which really decimated the industry I was in and made the job less profitable so it could no longer keep the families.

Working for the Broads Authority

I had been involved with the Broads Authority (BA), as a volunteer, looking after footpaths and I was offered three months’ work. That three months has turned into 15 years’ service with the BA, in which I started as a countryside ranger looking after the rights of way in the Broads area. Then we had a restructure eight or nine years ago, and our department was merged with the navigation side. I stayed and became a multi-task ranger, but we do more navigation work than we do countryside now. About 70% of my time now is on a patrol boat, looking after holidaymakers and the moorings in my area. Eleven 24-hour moorings which people use for free. We have to make sure they are safe to use; attend to any navigation issues. We have to check every single boat in our areas for licences; we have to do planned escorts of dredging equipment throughout the Broads system. That brings me up to nearly present day. I’ve only got three more years to go before I retire. 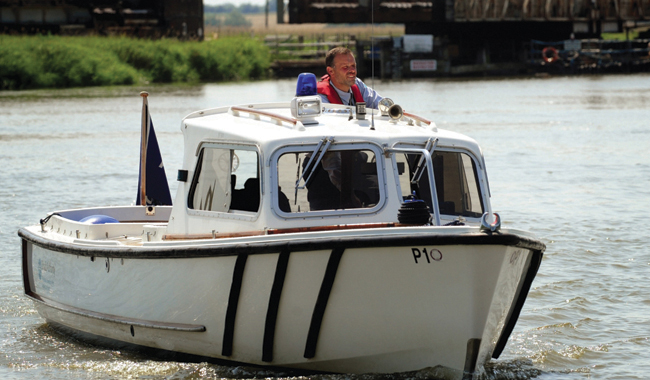 Ups and downs of the knackering trade

We used to travel throughout East Anglia. But the characters we met are either deceased, sold up or gone by the wayside.

It was a good time – we used to enjoy visiting different farms. Sometimes the beast we found was deceased for quite a while: it was, as we said in the trade, ‘ripe’. It was very foul smelling at times. It was something you got used to. And as I say, the meat we had in the 1970’s was sold as pet food. That was cooked, sold on Norwich Market and then all the waste was actually bought by a company which rendered the bones down for fertiliser and the offal for animal food. It was a dirty but profitable job. Then BSE came along and almost decimated the job. My brother still does the job and all he does is collect them and take them to a central place and they’re all incinerated or rendered.

I was once called to the Halvergate marshes to pick up, of all things, a donkey. A donkey is a very unlucky creature to knacker. We always hate picking up donkeys. I think it has something to do with most of the donkeys having the cross of Jesus on their backs. We never used to do anything with donkeys, skinned or use the flesh on them. So we called at this house in the middle of the Halvergate marshes. It was an elderly couple, retired schoolteachers, had this house and they had a pet donkey, which had expired. The gentleman was in his 80s then, he used to drink in the local pub and they said to some of the lads who drank in the pub, ‘If you dig a hole to bury our pet donkey we’ll treat you to your beer.’ So after a boozy session they dug this hole which they thought was adequate for the donkey but by the time they’d dug the hole rigor mortis had set in with the donkey and he didn’t bend. So when they put the donkey into the hole the feet were sticking out of the ground! And the old boys were saying, ‘Well we weren’t fit to dig any more, so we said to the landlord, you could always put a coffee table on top of the feet!’ That crease me up today …

Some of the worst things we had to deal with were horses. We had to attend the old racecourse every meeting in case they had an accident. We’ve had several horses with broken legs that had to be put down on the racecourse. The vets would call us in to put horses down for them because they said that we were professionals at the job of dispatching animals. It was a bit heartrending because people were very attached to the animals. We’d rather not have the owner present when we’re doing the job because they get very upset but they do insist on being present. Just the fact that we’re putting down, more or less a member of the family, is traumatic for us and for them. But it’s a necessary job, it was a release for the animal who was suffering. At times it was very hard to do but we were doing a service to the animals and the owners.

There are certainly characters that I’ve known over time. Like one farmer (I used to know his sons really well), he used to call me ‘Porridge’. He used to ring up and say, when Porridge has finished his breakfast tell him to get down here and pick up whatever poorly stock he’d got on the farm. You’d turn up on the farm and he’d say ‘you better come up to my office, boy’. And he’d go into the old blacksmith’s forge what he got on the farm and you’d have a cup of tea with him, and oftentimes have a yarn and just catch up on things. I have him as a good friend and his son is still a good friend of mine.

The social part of it basically kept it going. Some farms you’d go on you’d be warmly accepted, other farms you thought, ‘He’ll either be alright with me or not.’ And nine times out of ten they were fine, you were doing a job. They’re not happy about losing a beast but they know they’ve got to get us to clear the beast up. In the early days, in Father’s time, we were actually paying for fallen stock, now they charge a lot of money to take fallen stock away. And that’s how things have changed. I wouldn’t say they were looking forward to seeing us. They got nowhere near the value of the animal, but at least they got something from us and we were dealing with farms that used to milk 20 cows or 200. Some of the smaller ones were only little 20 cow units and the biggest one I ever dealt with was about 700 cows on the other side of the river.

A lot of the farming people in the area were related. There were three or four farms where they all had the same surname and they’ve all gone now – the whole family moved on, got older and decided to cash in the assets and retire. There’s one family that had five farms, they’re all finished, the whole dynasty has gone from Norfolk, and that’s the way with a lot of places in Norfolk now.

We are on the southern side of the river. The northern side, Reedham, Halvergate is the other side of the river to me. There’s a big farm there called East Anglian Real Properties and they farmed 2,000 acres in the Reedham area. It originally belonged to a Dutchman, so it used to be called ‘the Dutchman’s’.

They had a load of big barns built on the farm just before the Second World War. And at the outbreak of the war, the Dutchman was interned as a collaborator and they said if the Germans invaded these barns were going to be a munitions store for the Germans because they were all beside the river Yare, all the way up to Norwich nearly. They were planning to use these buildings as storage spaces. A bit of unique history: the fact that in Surlingham they built a dummy Norwich to try and encourage the Germans to bomb the marshes at Surlingham rather than Norwich. There’s still the old concrete pads where they had their searchlights and barrage balloons to make it look like the Germans had reached Norwich, although they were five or six miles away. 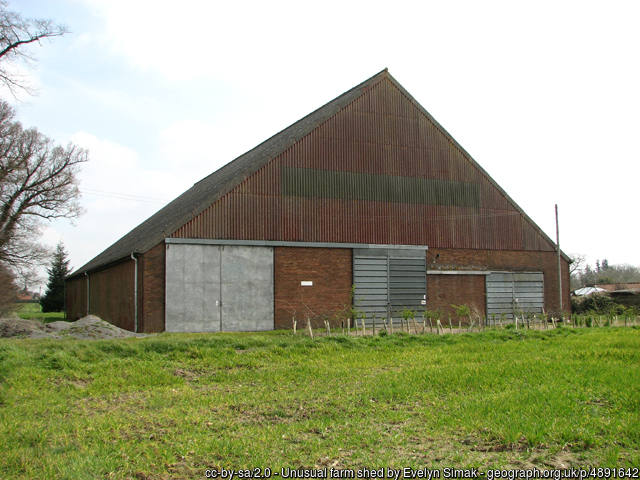 When I first started, the marshes were full of cattle: every village had at least one dairy herd. In my village alone there were three milking herds of quite considerable size. They’ve all gone now – the price of milk fell through the floor and the farms decided they just couldn’t afford to keep the cattle any more. Where the marshes were full of cattle, now they’re sparsely grazed and they’re more of a wildlife habitat than they were grazing marshes. There were thousands of cattle on the Halvergate marshes. Now I think there’s more geese than cattle.

We’ve seen a lot of changes in the farming infrastructure. Whereas they were all small family units and the family – sons, father, daughter, now they’ve all merged into 1,000-2,000 acre farms where the small farmer can’t compete.

The history of it was good: there were a lot of farms I used to visit where you knew the father, you knew the son, you knew the grandfather and they were all still working the farm together. Now they don’t. Even my small 100 acre farm is put out to share farming now and it’s farmed by some big conglomerate who’s got a lot more machinery and acreage than what we ever had. 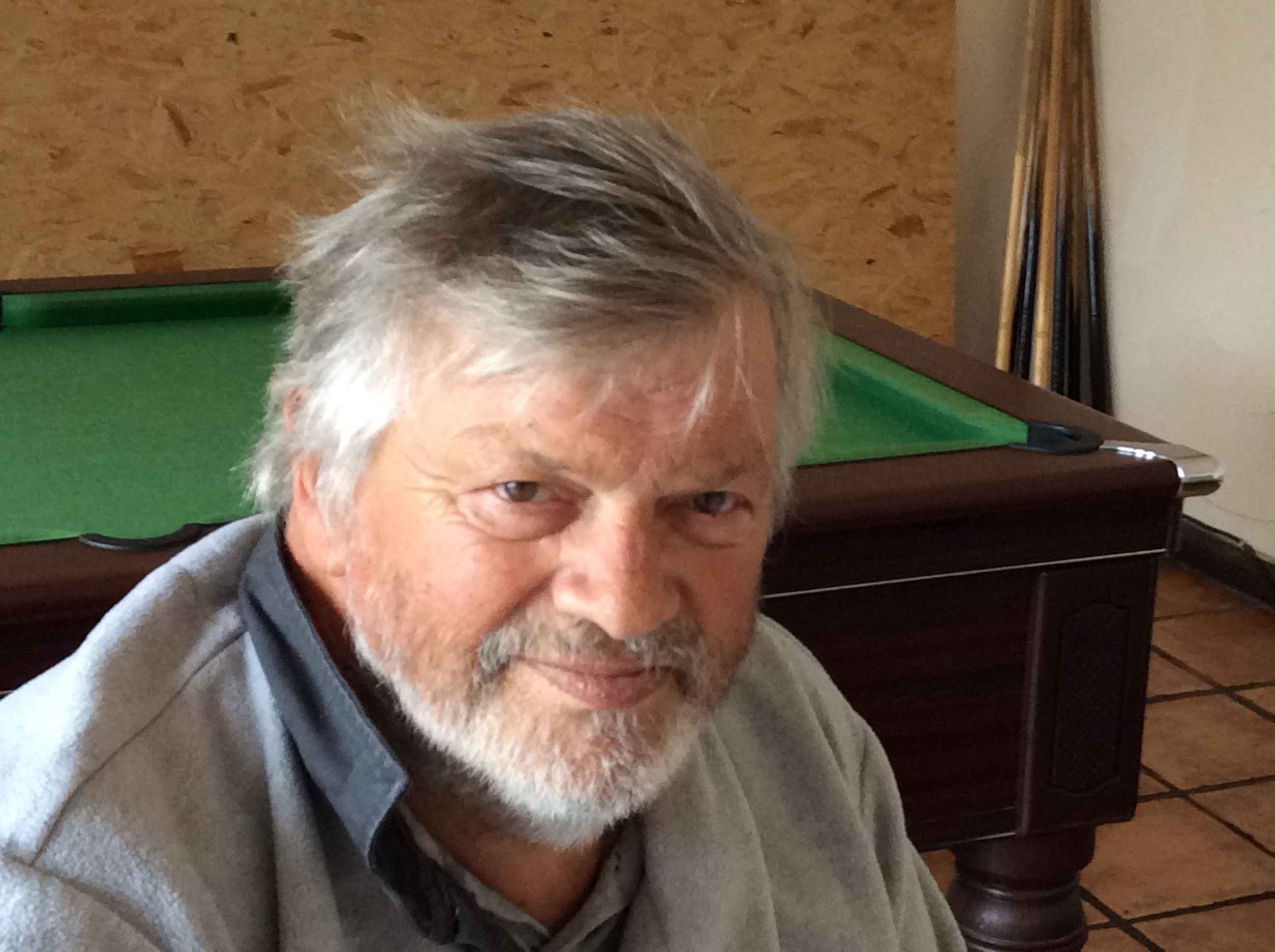