Marshman Paul was born on a marsh farm, where he and his twin brother
were involved with the work from a very early age. He still works on the marshes.

On the farm as a boy

When I was boy, seven or eight years old, I used to go and help harrowing the seeds in with a horse, and harrow the barley in after they had drilled it. I used to help Dad, he was a horseman. Sometimes I would help with the ploughing or if they were drilling I would help with the harrowing in behind them or sometimes pulling the land down in front of them. I didn’t hold the plough quite so much but I used to walk with Dad beside the plough. I can remember ploughing the odd time or two. I used to do a lot of harrowing, flat rolling and rib rolling the corn  and barley. Flat rolling is when you go down where the corn is up and then squash all the stones down and crack all the clods so when the cutter come to cut the corn, there’s nothing there to blunt the knives.

I lived at Waterheath Farm in Aldeby in a cottage with mum, dad and my brother, I went to Aldeby Primary School until I was about 11 or 12 and then we went on to Beccles School and left there when I was 15. Me and my brother Peter went straight into the farm business.

I didn’t enjoy school at all. They used to keep pigs at school and I used to look after them, mucking them out and feeding them, cleaning and doing that sort of thing rather than doing lessons, I didn’t like school at all. In fact I think I learnt more when I left school than when I was there. 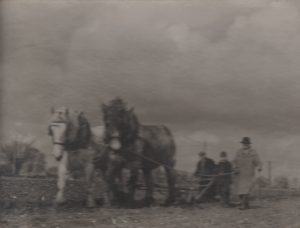 We kept pigs and cows and looked after stock before I went to school and when I came back. I enjoyed doing the work and I’ve been interested in animals and livestock ever since.

We used to kick a football about or sometimes you used to just meet up with the gangs, I didn’t have a lot of leisure time, I never really worried about that, more of my time was took up being with animals and that sort of thing. We used to milk the 28 cows that were tied up. It wasn’t hand milking but machine milking and there was a pipeline going straight into a tank in the dairy and then into the road tankers. Before the pipeline was used, we used to have to fill 10-gallon milk churns. We used to feed and clean. If the cows were in all winter you used to have to grind up and cut the kale and cart them all out and muck them out – then you’d milk again in the afternoon and every day was the same more or less.

I used to get about by bicycle or walking; that’s all we had. Or we went down to the street and caught a bus into Beccles, or we’d go to Aldeby Station and get a train to Yarmouth. 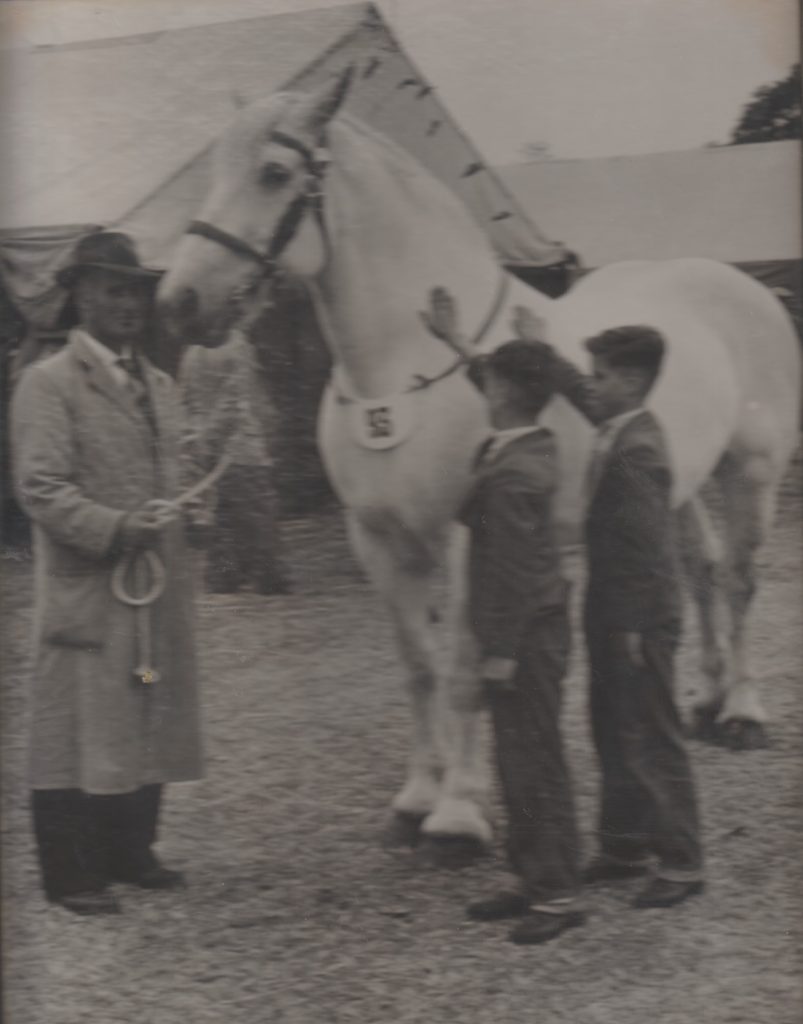 Paul and Peter with their dad and Percheron horse at Norfolk Show, 1957 (Eastern Daily Press)

Sheep and cattle on the marshes

In 1978 my brother and I were made redundant. Then I worked for the NRA (National Rivers Authority) as a lorry driver carting stuff about from the depot and clearing and checking stores. [The NRA became the Environment Agency]. My brother went self-employed and did relief milking. At the same time, my brother and I kept sheep and cattle down at Whitehouse Farm which we started renting. I left the NRA when I was 61 and took my brother’s job as a marshman on after he died and I’ve been doing it ever since.

We kept sheep as they were the best going thing at the time, and the marshes were a bit rough where we were and the sheep were the best to pull it up and tidy the marshes up making better firmer grass but then we gradually went into cattle.

The cattle we had were suckler cows, Hereford cows or Hereford-cross Friesian cows. We had pedigree Simmental bulls and beef bulls and mostly sold them on as store cattle. They used to take the cattle up Norwich Cattle market and pen them and try and sell well on the day, if there were plenty of good buyers there then you know you would get decent price for your cattle but they’ve got to be good quality cattle and not secondary cattle to get good money.

We would take the cattle to the auctions and all the butchers were there to buy them. They used to pay so much a kilo for fat cattle and so much per head for store cattle, 80 -100 pence per kilo.

We did have problems moving the cattle because of the foot and mouth. We had to get a licence off the vets through the ministry and used to have to take the cattle to the abattoirs yourself. I took mine to Jack Bush & Son in Stalham, which was a direct sale. We used to have the vets come round and check for the foot and mouth, but we never had too much bother, just disinfected the straw down and our boots down and all the vehicles that were on and off the premises, it only lasted one winter through till spring and then the restrictions were lifted.

You can’t take your eye off the bulls because they’re crafty devils as they come walking behind you. I’ve never had a rough bull, one or two close occasions but if they’re mixed in and serving the cows you just give them a wide berth because they might think you’ve come to take the cow away, so they might turn on you. We never had any trouble with any of the bulls that I can recall, I think a man got killed up Norwich way, but other than that – no, you’ve just got to give them a wide berth and keep your eye on them. I can’t recall having a dangerous bull so I think we were lucky that way. The people who brought them down were respectable people and they got them served before they brought them down to the marsh.

There was one marsh that had a footpath going through but the trouble was more with cows not bulls, with people walking their dogs on leads. The cows would protect their calves and chase the dogs, but what they didn’t realise was that they had to let the dog go because the cow wouldn’t chase you, it would chase the dog. The dog would be quick enough to get out of the way. If the woman [killed] at Ellingham had let go of the lead the cow would have gone after the dog and not her but she didn’t and it turned on her and killed her.

We don’t look after much cattle now, we are getting more horses in now from Hillside Sanctuary the last two or three years. They are paying decent money and they are grazing. To me they are no more trouble than cattle and if you get any trouble you just ring up and they come down and deal with them. They do pull the grass a little shorter and you do end up with tufts, they don’t feed the grass as well as cattle. 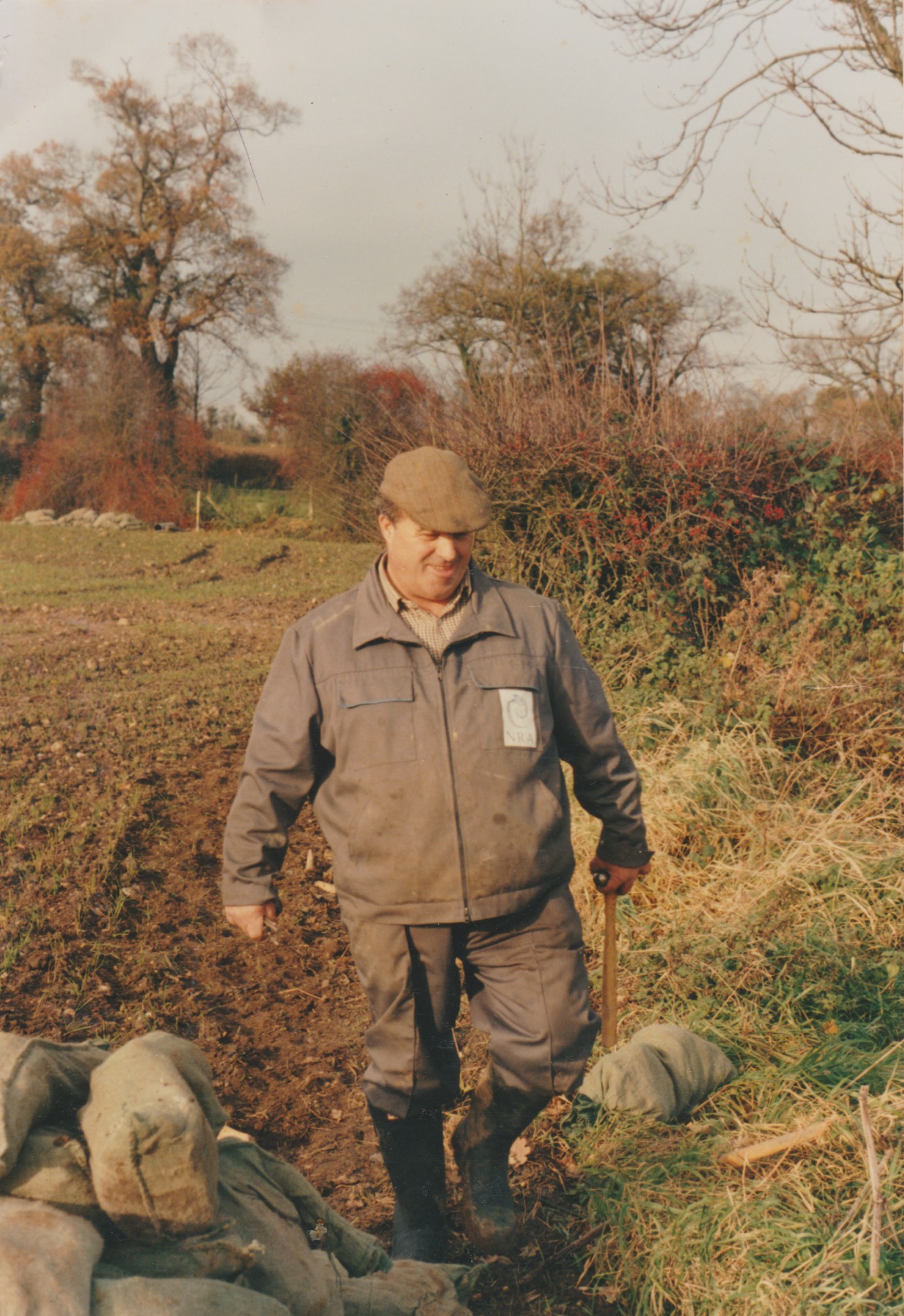 We have cattle and horses in separate parts of the marshes, I go twice a day to check their health and make sure none have gone into the dykes. There are sixty horses altogether all in different parts of the marshes and they all belong to Hillside. They’ve got about seventeen hundred in all and they pay good money for the rent of the grass. Four or five years ago they wouldn’t have horses on the grass and it’s not all through auctioneers but also private ones too and getting more money for the rent. They all go back to where they come from at the end of the season. They can’t keep them there through the winter because the marshes become so wet, and they come back in April the next year, annual marsh letting time at the Bell, St Olaves. I try not to get too attached to them because you know at the end of their time they’re going but you do have your favourites, you’ll get the one that will stand at the gate waiting for you and if you give it an apple or a snack or something then it’s there waiting for you all the while so I don’t encourage it and I don’t do it. But you do have a few favourites.

Wildlife and the future of the marshes

We do have wildlife on the marshes. There’s no coypu now. They were dangerous things; they would burrow holes in the river walls and in the dykes and the water would come through flooding everywhere. I’ve seen them when I was younger but I never done nothing, they used to trap them on Gillingham and Norton Marshes but I never trapped any. We’ve still got one or two mink here. I saw two dead at Haddiscoe Dam a week or two ago, so there must be some still about here. There is a pond on what they call the Black Killen Marsh and you get a lot of fowl and birds, frogs so maybe that’s where the mink is living.

I’ve enjoyed all my life, well most of it. I learnt more after I left school, I was self taught. I wouldn’t want my son to be a herdsman though. He’s more into sport and other things, I would like him to but he’s earning more than he would ever earn in agriculture. A different life altogether.

I don’t know what will happen in the future. The marshes could be ploughed up if they want the corn, I just don’t know. I just hope there will always be cattle and we won’t all go vegetarian, I think they will keep going for several years yet but there could be a change. There could be a world shortage, and if we come out of this Common Market they might need the land to grow more. 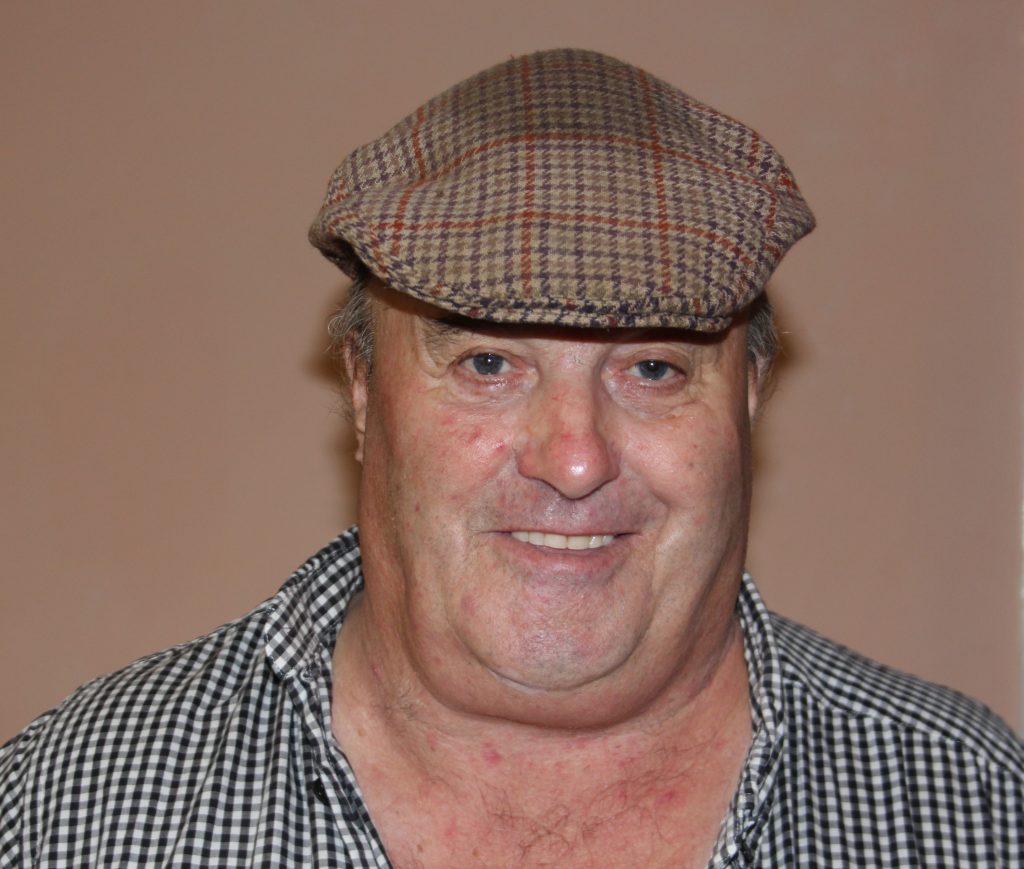